June is likely the month where all the economic gears go into motion again as most parts of the U.S. reopen for business, and people return to work. The recently released May jobs report said unemployment stood at 13.3%, much better than the 19.5% expected, and it should only improve from here.

With the U.S. chomping at the bit to emerge from locksdowns, here are three companies that should march higher in a post-pandemic economy. 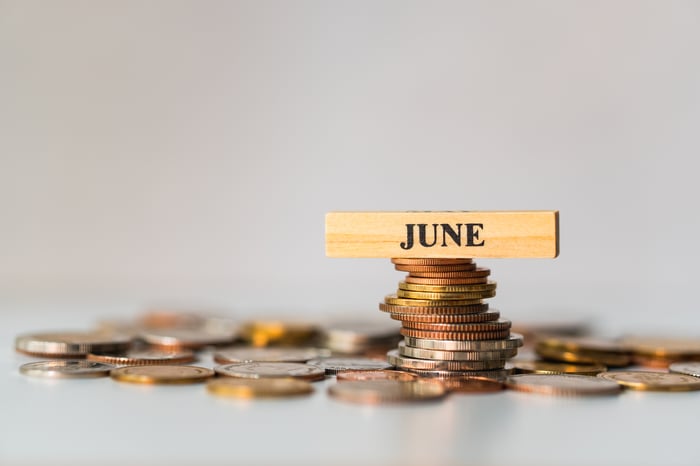 Auto sales plummeted during the pandemic, and while they’re expected to recover, people just aren’t buying more new cars these days, opting instead to keep their existing vehicles running longer.

That bodes well for Genuine Parts (NYSE: GPC), which runs the NAPA auto parts retail store chain. While business was obviously hurt by the pandemic, the company has a proven record of growth in all kinds of markets. Sales have grown in 87 of the last 92 years, while profits have increased in 75 of them. It has raised its dividend for 64 consecutive years, making it a rare Dividend King, a company that has increased its payout for 50 years or more.

Even during the current crisis, while it halted its stock buyback program, Genuine Parts said it had the “liquidity to operate through these uncertain times as well as continue to pay the dividend.”

Its stock was cut in half during the sell-off earlier this year, and while it has gained back much of that lost ground, Genuine Parts still has a ways to go just to break even year to date. As consumer and auto industry trends turn in the company’s favor, June could be a perfect time to buy this stock.

It hasn’t spun off its outdoor gear and accessories business quite yet, but gunmaker Smith & Wesson Brands (NASDAQ: SWBI) is ready to shoot out the lights.

Firearms sales are soaring as economic and political events collide, and the largest gunmaker stands to benefit the most from renewed demand as the industry emerges from an unprecedented three-year slump.

Criminal background checks conducted by the FBI on potential gun buyers, as adjusted by the National Shooting Sports Foundation, were up 75% in May compared to the year ago period, which followed a 69% increase in April. Year to date, background checks are up 53% from 2019.

Gun sales tend to lag by a quarter or two before they show up in Smith & Wesson’s financial reports, because the company doesn’t sell guns directly to the public, and last quarter, gun sales actually dipped 5%. But dealer inventories have been depleted across the country and require fresh stock, especially after the buying surge.

Although the gunslinger’s stock has more than doubled from the low point it hit in March, it remains well below the all-time high logged three years ago. This year could be another record one for sales, and Smith & Wesson Brands’ stock could see one too.

Titanium dioxide, or TiO2, is the whitest substance on Earth and can be found in everything, including Oreo cookies, sunscreen, milk, and toothpaste. Paint and coatings, however, are the primary uses of the pigment, and analysts see the global TiO2 market exceeding $27 billion by 2026.

Tronox (NYSE: TROX) is the world’s largest producer of TiO2 pigment and it derives over three-quarters of its revenue from the substance. That makes the housing and construction industries key to its growth.

Although home sales took a breather during the pandemic, the sector is already recovering. For the week ended May 30, Zillow reported new listings are down 17% from last year, but they’re up 19% from last month. Home prices also remain healthy. Zillow has even restarted its Zillow Offers i-buying program, through which it makes offers on homes for sale.

Tronox lost two-thirds of its value during the pandemic-induced market meltdown, and while its shares have more than doubled from their lows, they’re still down over 25% as of this writing.

The housing market will be robust in the years ahead with many analysts seeing next year as a big one for the market to bounce back. With Tronox shares trading at a discount, investors can use this opportunity to get in early and ride the stock’s long-term gains.

10 stocks we like better than Tronox
When investing geniuses David and Tom Gardner have a stock tip, it can pay to listen. After all, the newsletter they have run for over a decade, Motley Fool Stock Advisor, has tripled the market.*

David and Tom just revealed what they believe are the ten best stocks for investors to buy right now… and Tronox wasn’t one of them! That’s right — they think these 10 stocks are even better buys.

Land This Bargain 7.0% Yield Dividend Stock Even Cheaper Than Director Eck Did